As far as we know, the idea and name for value equations was invented by Sensorica, a pioneering Open Value Network. They are now calling them "Benefit Redistribution Algorithms".

The idea is to have a published formula for distributing income to contributors to creating some deliverable that brings in some money.

This is a (simplified) very specific example taken from Sensorica:

Contributing to creating the output: 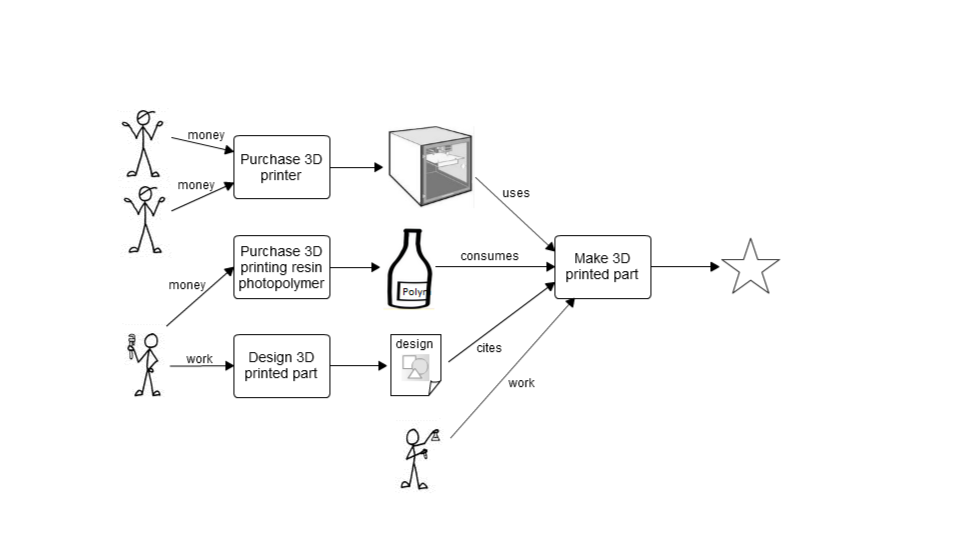 Distributing income according to the value equation: 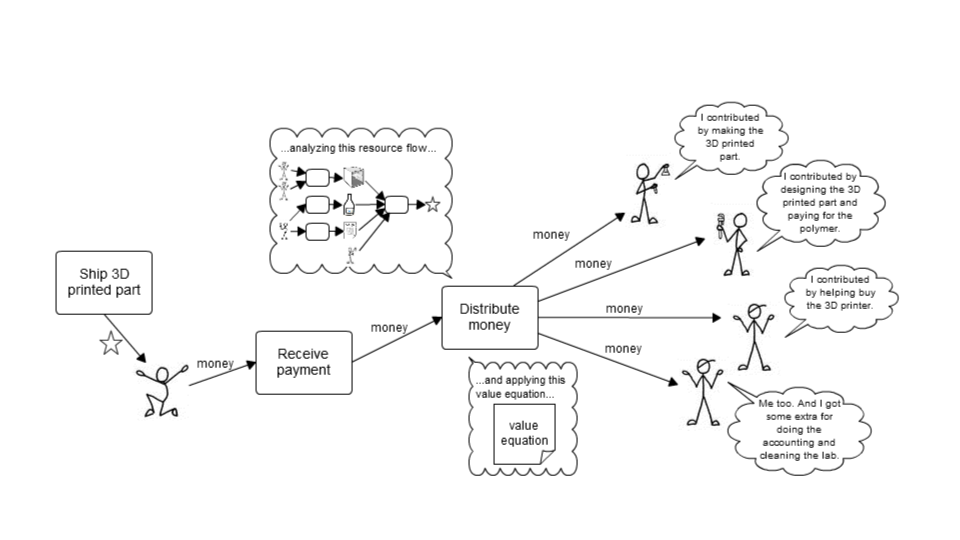 Here's a lot more detail about value equations as implemented in Sensorica's NRP software, one of the precursors to Valueflows.