Some examples we have seen:

Agents can define different scenarios that they want to use. So for example, if a group does yearly budgets, each budget for different years could reference the same "yearly budget" scenario definition.

The model itself is quite flexible, and we expect there will be more uses for it, all using the basic input-process-output structure with resource flows connecting them, contained by a scenario.

Plans do not need to be directly connected to Scenarios, although they can be. If comparisons are needed, often the time periods and scope are all that is needed. In addition, if resource specifications and/or process specifications are part of a classification taxonomy, that can be used for connecting the higher to lower perspectives. For example, the plan for carrots could be aggregated into the higher level plan for all vegetables.

Often Plans do not fit cleanly within Scenarios, because plans tend to be for real production when it happens, which usually does not fit nicely into accounting periods or planning horizons. Seasonal food production can be an exception to this.

Scenarios can be refinements of other scenarios. For example, a group might do scenarios for yearly estimates, then refine those for each month, before creating operational plans which will be executed.

If other requirements arise, we are happy to add connections as needed to the vocabulary. 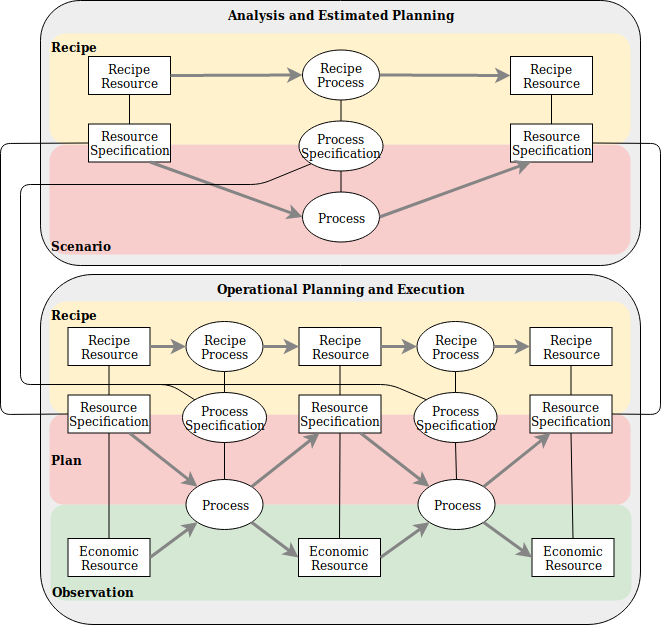